“If I ever need inspiration, right about here is where I lose my patience,” – Groove Armada, Madder,

There will come a point in most people’s lives when they question why they are driven to do anything in particular.

Some people describe themselves as naturally lacking motivation, feeling as if they had been born without an innate urge to challenge themselves.

Others will hit a point when they experience a rapid decrease in motivation; when they question where their previous impetus for a task came from.

This could be linked to the loss of a loved one, the end of a relationship, a serious injury, a feeling of limited success, a change in priorities, ageing, or other life-defining experience.

Arguably the second scenario is the more dangerous, because of the dramatic shift in the person’s endorsed self-identity.

An endorsed self-identity is the image we have of ourselves, validated to a degree by the opinion those around us. 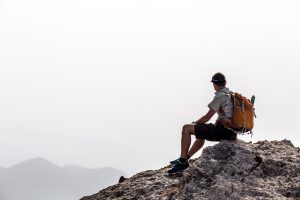 If you consider your defining characteristics to be that you are fit, diligent, determined and inspiring to others, it can be disorientating to begin believing you are none of these.

If that sensation is combined with a traumatic event, such as those instances described above, it’s like a double blow – losing somebody you cared for and losing yourself at the same time.

Be wary that there can be a deceptive rebound effect in some instances.

A life-changing event may initially result in a burst of motivation, but then followed by prolonged soul-searching and existential uncertainty.

“Motivation is important in almost every aspect of human behaviour,” says Dr Kou Murayama of the University of Reading, England.

“When you make a decision, your choice is certainly influenced by your motivational state.”

Dr Murayama notes that in pursuing “achievement goals” that people persevere primarily for one of two reasons.

For some the focus is on mastering a task and proving competence to themselves.

For others, the motivation is purely about how they perform in relation to people around them.

In a series of experiments, they identified that people who are motivated by ‘mastery’ or ‘performance’ both achieved at a similar level in the short-term.

However, there were differentiations from which a few inferences could be drawn.

“Mastery goals and performance goals represent the same overall quantity of motivation, but they are qualitatively distinct,” Dr Muruyama explains.

That is to say: people who were motivated by mastering their craft retained the same knowledge and enthusiasm for much longer periods.

Those who drew motivation from out-performing others had poor retention or maintenance of their knowledge and skills, losing their powers as time wore on.

In later studies, Dr Muruyama and colleagues measured how people performed for ‘intrinsic’ and ‘extrinsic’ rewards.

While not identical, there are some parallels between ‘intrinsic’ motivation and ‘mastery’ motivation, and between ‘extrinsic’ and ‘performance’ motivation. 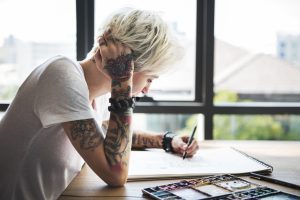 Dr Muruyama’s experiments and others like it found that extrinsic rewards such as money and adulation did have positive effects on application to some tasks for a period of time.

However, there was also a longer-term negative side-effect.

“This phenomenon, called the undermining effect or over-justification effect, suggests rewards are not always beneficial for learning,” says Dr Maruyama.

“We found the participants in the reward group showed less voluntary engagement in the task than those in the control group (playing just for the fun of it).

“The undermining effect suggests that rewards may not benefit learning for tasks that people would perform without extrinsic incentives (ie. Interesting tasks).

“Rewards may be a waste of money or even detrimental to later engagement or performance.”

At all levels of sport, that’s an interesting finding.

There may be occasions when monetary or other incentives are used to keep certain athletes involved or motivated, but over time it may undermine their enthusiasm and attention.

Quite evidently, from both academic and philosophical perspectives, developing ‘mastery’ and ‘intrinsic’ motivations seems much more positive and robust.

That not only relates to sporting performance or career progression, but also to moments where life throws its greatest challenges at you.

If you develop your own standards and ideals and measure yourself against your best, rather than setting goals in relation to external forces or personalities, then you become much more resilient.

What type of person are you and how do you derive motivation?

On Coach’s Companion you can create your own development objectives, to work on what you need to master your skill and satisfy your intrinsic motivation to do better.  You can complete appraisals for motivation and goal-setting to identify your current style and areas for improvement. 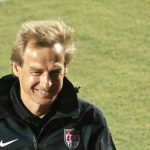 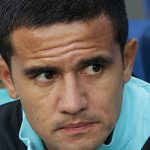 Big Movers in Coaching – Dec 7Coach
This website uses cookies to help the website function, help us to understand how you interact with it, and provide the most relevant experience by remembering your preferences and repeat visits. By clicking “Accept”, you consent to the use of all cookies. You can manage cookies via the Cookie Settings.
REJECT ACCEPT
Manage consent