10. Yale University has named Sarah Martinez as the new women’s football coach. Martinez was previously the assistant coach and a star student athlete. She takes over from Brendan Faherty, who departed amid allegations of sexual misconduct.

9. After just seven months in the role as Iran’s national men’s football coach, Marc Wilmots has been removed. While the club said an agreement had been reached, Wilmots denied it was “amicable”. Iran recently suffered a tense defeat at the hands of neighbouring rivals Iraq.

8. In an amazingly busy week for coaching changes in the world of football, Italian club Brescia has sacked coach Fabio Grosso after the Serie A club were anchored at the bottom of the league. Grosso is being replaced by Eugenio Corini, who he took over from in early November.

7. The action didn’t stop there, as English football club Watford gave the punt to Quique Sanchez Flores. The struggling Premier League outfit are bottom of the table and have had nine managers since December 2013. Sanchez Flores was in his second stint as Watford boss, after he was in charge in the 2015-16 season.

6. North Carolina women’s rowing coach Sarah Haney denied she was being formally investigated as she left her role. Haney said she wanted to spend more time with her children. Haney had a remarkable tenure at UNC, being head coach since 2002. Her resignation came five days after a controversial newspaper report.

5. Trevor Griffin was announced as the coach of the London Spirit’s women’s cricket team. His first move was to name the dangerous Heather Knight as captain, continuing a long association between the two. Shane Warne will coach London’s men’s side, with Eoin Morgan captain.

4. Bert van Marwijk, who coached the Socceroos in the 2018 World Cup, was sacked as the coach of the United Arab Emirates men’s football side. The Dutchman lasted just 10 months in the post. UAE was beaten 4-2 by Qatar recently in the Gulf Cup, missing the semi-finals. Van Marwijk coached the Netherlands to the 2010 World Cup final.

3. Four years after guiding the Carolina Panthers to the Superbowl, Ron Rivera has been sacked by the NFL club. He leaves a position he has held since 2011. Despite having the most wins as a Panthers coach, he has not won a playoff game since the Superbowl appearance and has suffered a string of defeats in 2019.

2. Arsenal has installed Freddie Ljungberg as interim head coach of their football club, taking over from Unai Emery. The previously successful club has not won an away game since the start of the season and has not won against top-flight opposition since a victory against Bournemouth in October.

1. Rounding out the non-stop movements in football, Tim Cahill has been identified as being in line for a return to Everton as assistant manager. Marco Silva was recently sacked, with David Moyes favourite to take the head post. Everton buckled 5-2 to Merseyside rivals Liverpool in a particularly stinging defeat. 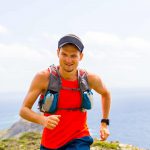 Big Movers in Coaching – Dec 13Coach, Contributor
This website uses cookies to help the website function, help us to understand how you interact with it, and provide the most relevant experience by remembering your preferences and repeat visits. By clicking “Accept”, you consent to the use of all cookies. You can manage cookies via the Cookie Settings.
REJECT ACCEPT
Manage consent