10. Despite a string of on-field successes, Grant Scott has stood down as head coach of Hibernian women’s football team in Scotland. He was reportedly frustrated at the club’s ability to retain players and shape itself as an off-field power going forward. The club has been league runner-up for five consecutive season, won back-to-back Scottish Premier League Cups and performed well in Champions League.

9. Without a win in two months, Egyptian powerhouse football club Pyramids have sacked coach Sebastien Desabre. With 2.2 million followers on Facebook, the club attracts the spotlight and some may argue Desabre was harshly treated with an overall record of 12 wins and four draws from his 19 games as manager. Pyramids were also top of their CAF Confederation Cup pool.

8. Television analyst Urban Meyer has been linked with the coaching roles at both the Washington Redskins and the Dallas Cowboys. However, according to several news outlets, Meyer insists his coaching days are behind him and he is content in his new profession. Meanwhile, ESPN’s Todd McShay described the Redskins’ post as the least attractive in the NFL, earning a spirited response from club loyalists.

7. Pakistan cricket coach Misbah Ul-Haq has brushed off speculation about his longevity in the job, instead heavily criticising pacemen Mohammad Amir and Wahab Riaz for retiring from Test cricket ‘early’. Without them, Pakistan’s inexperienced attack suffered back-to-back innings defeats in Australia. Ul-Haq said the team needed to develop a policy to prevent people retiring from the longer form of the sport to concentrate on more lucrative limited-over formats.

6. American college Fresno State has signed new football coach Kalen DeBoer to a five-year, US$7million contract. The contract includes automatic extensions tied to season record and conference wins, along with performance bonuses. A former offensive coordinator for the Bulldogs, DeBoer returns to Fresno State in a fit he described as “extremely comfortable”.

5. After a dip in form, tennis sensation Naomi Osaka has appointed a new member to her coaching staff. Ahead of the 2020 Australian Open she has added Wim Fissette to her team. Fissette has worked with Kim Clijsters, Sabine Lisicki, Simona Halep, Victoria Azarenka and Johanna Konta. Since splitting with previous coach Jermaine Jenkins, Osaka has been primarily under the guidance of her father. 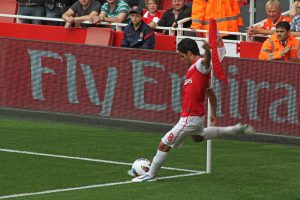 4. By the time of publication of this article, English Premier League giants Arsenal are expected to announce Mikel Arteta as their new head coach. Arteta, who played 110 games for the Gunners between 2011-2016, will transfer from Manchester City, where he has been assistant to Pep Guardiola. He is not expected to take the reigns as coach for this weekend’s game against Everton however, and will instead watch from the stands.

3. Jason Holland has been named as the new head coach of Super Rugby team Hurricanes. An assistant at the club since 2016, Holland replaces John Plumtree, now a member of the coaching set-up with the All Blacks. Holland has helped the Hurricanes achieve a playoff position every year since becoming involved with the outfit. As a player he had a respected career both within New Zealand and Ireland.

2. Mark Boucher was named as national men’s team coach for South African cricket. His former teammate Graeme Smith, is currently the nation’s acting director of cricket and identified Boucher’s “toughness” as central into helping the Proteas become a “battle-ready outfit”. In a 15-year playing career, Boucher claimed a record 999 dismissals across all forms of the game.

1. Another milestone for women in sport as Lisa Willis (lead image on page) was added as an assistant coach for NBA keystones the New York Knicks. The storied club has never before appointed a female coach in such a senior capacity. Willis will primarily work with feeder team, the Westchester Knicks, and was praised by head coach Derrick Alston for her “acumen for the game”. As a player, Willis was a fifth overall draft pick in 2005 and played with the Los Angeles Spark and New York Liberty. 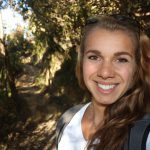 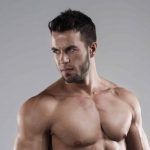 What forms of selection bias are there?Coach, Contributor
This website uses cookies to help the website function, help us to understand how you interact with it, and provide the most relevant experience by remembering your preferences and repeat visits. By clicking “Accept”, you consent to the use of all cookies. You can manage cookies via the Cookie Settings.
REJECT ACCEPT
Manage consent