Winston Churchill was reputed to have given a very brief, but very effective, speech late in his life.

I’m not sure whether it’s true or not, but I read somewhere that he was asked to deliver the address at his old school.

Apparently, the old warrior stood up and said: “Ladies and gentlemen, I shall be brief. I have only this to say – Never give up. Never ever, give up”.

Then he sat down. 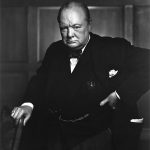 I don’t know whether it ranks up there with his some of his famous speeches such as “we shall fight them on the beaches” and his “never in the field of human conflict has so much been owed by so many to so few” after the battle of Britain. But it is certainly pithy, it is certainly short, and it must have been memorable.

Whilst on the subject of speeches, one of the jobs that coaches do every game day is deliver a talk to the players before they play. Maybe sometimes we should give our players the benefit of our silence!

One piece of advice I can give you if you want to become a more effective speaker in your coaching, especially on game day, is to look to the likes of Winston Churchill and Martin Luther King. Study how they use words to paint a picture and to capture the attention and imagination of their listeners. Listen to how Martin Luther King uses a variety in vocal tone, pitch and pacing.

If you haven’t listened to this speech before, shut your eyes, listen and ingest all 16 odd minutes of it. Trust me, it’s worth it.

Anyway, if somebody asked me to give a speech as brief as Winston Churchill’s speech reported above and asked me to encapsulate what is the most important thing I have learned in my time working in coaching and mental skills, I would say simply this:

In these three words lie a huge amount of meaning, guidance and power. Looking at them it might seem a bit simplistic, but when you jump inside and delve around a bit, this trio of words has a huge amount of pertinence to life and to coaching.

Why does this statement hold so much power? Well, you don’t need to be a rocket scientist to realise that it’s pointless worrying about the things in life over which we have no control. 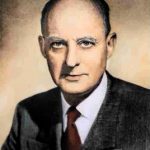 This concept is memorably described by American Protestant theologian Reinhold Niebuhr, whose Serenity Prayer, written in the 1930s, has famously become the prayer used by Alcoholics Anonymous and is also known as the Alcoholics Prayer:

God grant me the serenity to accept the things I cannot change,

Courage to change the things I can,

And the wisdom to know the difference.

I’ll have a look at what some of these uncontrollables might be in a while, but first I want you to agree with me that worrying, ruminating, being angry or sad (etc.) about anything over which we have no control is a complete and utter waste of time.

This applies to every aspect of your coaching, your sport and your life.

I’ll agree that it’s very human to do so (in fact sometimes it’s incredibly difficult not to), but it is illogical, unhelpful and bound to take us off-target. It makes us unhappy if we do it too often or for too long.

I’m not saying here that if we lose a loved one or we suffer a disappointment around something that is important to us we’re not going to be sad. If we love something and we lose it, we hurt. That’s just the way life works. If you care deeply about something and it goes, then of course you’re going to be upset.

What I want to do, however, is to clearly differentiate between deep losses (the death of a family member, friend or even a beloved pet) and some of the other upsets that both we as coaches and our players encounter. For example, for players it might be not making the cut in a representative side, losing a big game or suffering an injury.

What are some of these things? Well an important word that springs immediately to mind is the past. By the ‘past’, I mean anything that has already happened. The past includes things that have happened a second ago, a minute ago, a day ago, a year ago or many years ago in our childhood.

Let’s look at some things that your players need to know about this concept. During the game there are things they can and can’t control:

When you see it like this, it seems to be so simple it is hardly worth writing down, but I believe is critical for players to understand this deeply.

Let’s look at some of the ways that players can make errors by being concerned with the past or the future when they should be living in the present.

Every time during a game when a player becomes angry, frustrated or down (e.g. because of a referee’s decision, a mistake made, the actions of an opposing player or thoughts of what’s going to happen after the game) there is an intense internal focus.

By ‘internal focus’ I mean that there is a lot of thinking and emotion going on, which causes a considerable amount of cortical activity. This intense activity inside the brain means that a player will find it very difficult to attend to things in the external environment which he or she needs to be attending to in order to pick up cues, make decisions and execute his or her skills.

A human being can only attend to (or concentrate on) so much at one time. If our senses are overloaded, then we effectively “blow a mental foofoo valve” and make errors.

The point is that a referee’s decision, once made, is in the past. A mistake made is also in the past, the actions of an opposing player once committed are in the past, and thoughts of what’s going to happen after the game are in the future.

Equally, if a player is waiting to receive a ball and is thinking about (or visualising) what they are going to do after they’ve got it, the ball is likely to be dropped. It’s an incredibly common mental error.

All these things are to do with what’s happening during a game, but it is equally important that players and coaches learn to “control the controllables” outside of game time also. 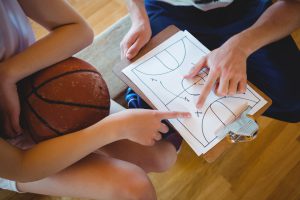 Start by defining the controllables.

Many years ago, at a conference in the United States, I picked up a little model which I have found extremely useful when dealing with issues and worries. It covers the five bullet points below.

For any worry, problem or issue that you have, place it in one of the five categories above.

First, make a decision as to whether the issue or problem is important or not important, and then decide how much control you have over solving or moving forward with the issue.

Having done that, decide how much of the problem or issue can be controlled (i.e. exactly what can be done to resolve the situation).

For example, let’s say an ambitious player is worried about whether or not they will be selected for the representative team. Theoretically you could say that this is important and uncontrollable; based on the principle that nobody else can control another human being’s mind.

However, it is certainly possible to influence the representative selectors. If they are like every selector I have come across, they will be hugely influenced by a player who:

Of course, all the six qualities listed above are all controllable by the player. And that is the real point here.

Take control of the controllables.

If players concentrate on doing all they can to be the best they can, and if they work hard and “work smart”, then they can do no more. The outcomes (i.e. being selected for the representative side) will look after themselves. If they do miss out on selection, and they are worried about that, then they need to look at what they can do to influence the situation.

The answer will include finding out from the selectors what they need to do to get selected, then going away and improving in those areas, and working as hard as they can.  Hopefully they will make it, and if they don’t, then they will know they tried their best.

Of course, a player can also influence where they play, and it might happen that there is another club where they could be selected immediately. A decision could be made to move and play there instead.

Even if it seems, at first, that situations can not be controlled, I hope this has given you an insight into how you can further influence your future, and the future of those you coach, mentor or lead.

I hope your season is going well, or you are making the most of the off-season, and I trust you are feeling satisfied at the great job you are continuing to do with the development of your players.

Keep up the good work, keep learning, and control the controllables. 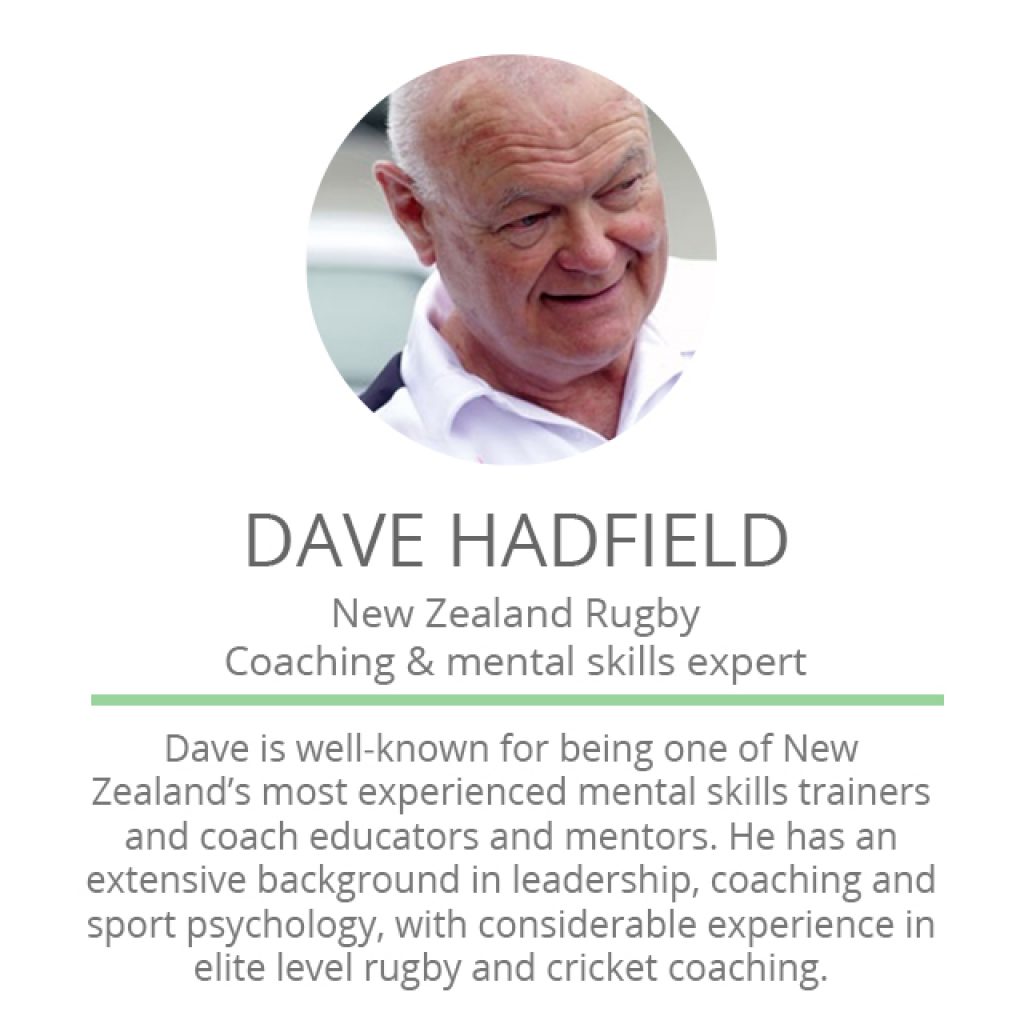 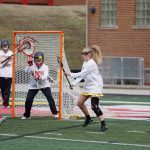 It’s a game after all!Coach 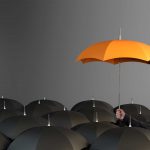 Same-same but different. Coach
This website uses cookies to help the website function, help us to understand how you interact with it, and provide the most relevant experience by remembering your preferences and repeat visits. By clicking “Accept”, you consent to the use of all cookies. You can manage cookies via the Cookie Settings.
REJECT ACCEPT
Manage consent