Four factors of motivation and how they affect your team

Motivation. It’s what drives us to succeed as coaches, players, athletes, employees and leaders. Arguably one of the most important elements of success, motivation is a key concept to understand as a coach and leader – and relates to all parts of life.

As a coach, if your players or athletes lack motivation, you have a reason to be concerned.

So, what are the key factors, that when done right, lead to motivated players, teammates and colleagues? It’s actually quite simple.

There are four basic factors of motivation, as discussed by Brian Tracy:

Before we begin, grab a pen and paper. We’re going to start with some self-reflection.

Think back to your favourite season or year as a player, student, team member or employee – the time when you felt the happiest or most motivated. Ask yourself why you enjoyed that particular time, then write down all the factors that spring to mind when you think about what made it the best.

Now think about your worst season or period of time and do the same thing. Notice any similarities in the deciding factors for your enjoyment and motivation?

Your favourite season in a sports team most likely involves a fantastic coach. Why? Because, in any team, the leader sets the tone for the season or year to come. Sure, you would have had some great friends in your team, but the chances are it wouldn’t have been your favourite year without a very good coach.

Playing in a team with a coach that you get along with can be the difference between an ‘okay’ season and a really good one. On the other hand, if you struggle to understand your coach and feel stuck in your team with a leader that just doesn’t ‘get’ you and your teammates, you’re not going to have a good season. If that sounds familiar to you, you probably remember that season as particularly bad or unsuccessful.

There is a very strong correlation between a coach’s manner and leadership style, and the team’s overall motivation and performance. It’s difficult as a player, athlete or employee to remain motivated and perform well under poor leadership.

As a coach, it’s important to sit down every now and then to evaluate your coaching style, leadership, effect on your players and their subsequent performance. Be honest here – self-reflection, although tough to do properly, is essential for improvement.

Ask yourself if you usually get the right reaction from your players when you speak to them, give them direction or discuss a game plan? If not, why not? Do they roll their eyes and turn away before you’ve finished speaking, or do they look you in the eye and listen to all (or most of) your advice?

It could be time to make changes – which could translate to big results in your team’s motivation and performance levels too. If you’re happy with how your team respects you as a leader, then great! Keep up the good work.

As a coach, even if your leadership style doesn’t quite match what some of your players need, if they’re motivated by reward – and who isn’t? – then that could outweigh minor communication and leadership differences between you.

You should never underestimate the value of incentives and rewards. Winning Player of the Day or end-of-season awards, promotion to team captain or being recognised for consistent hard work and improvement are all motivating factors for athletes. Some rewards might seem small to you, but any recognition for a player’s determination and effort can mean a lot to them.

Think back to a time where your efforts were recognised and rewarded as an athlete, a player or employee. It felt good, right? Did that make you feel even more motivated to achieve the next step? Of course it did.

When was the last time you recognised a player’s efforts? Does your leadership style automatically help you recognise your players’ achievements, individually and collectively, often enough to keep them motivated? We don’t mean you have to go overboard on the compliments every day, but if you stop and think ‘wow, that was a big improvement’ or ‘solid effort, well done’, then let the player know that, too!

If you’re wondering why your team or certain players can’t maintain their motivation, think about your reward and recognition system. What improvements, if any, you could make there? It could be the difference between winning the season, or if not, you’ll all have a more enjoyable time trying.

Think back to your favourite team moment again and look at your list of why you enjoyed it so much. Good team dynamics most likely featured high on the list. And, you guessed it, they’re closely linked with the quality and effectiveness of the coaching or leadership.

When players look forward to their training sessions and games, and turn up motivated, happy and ready to give it their best shot with the rest of their team, the results speak for themselves.

On the other hand, if the team dynamics are ‘off’ in any way, communication breaks down and players begin to resent their involvement with the team. Think back to that time when you didn’t enjoy being part of a team, and how you felt when you had to attend training sessions. Motivation was a lot harder, right?

As a coach, it’s important to do your best to make your training sessions, games and team meetings an enjoyable place to be.

Take the time now to sit and reflect on your team’s dynamics and think about any issues that can be resolved. If there are problems between certain players that aren’t sorting themselves out, set the boundaries and establish respectful communication from the start. And, if the team isn’t working cohesively, ask yourself why, then do something about it.

If your team doesn’t listen to you, or lacks respect for your opinion, look at your leadership and communication styles. Look at how they match with your players, and work on improving these interactions.

And if you can’t identify exactly what is compromising the team dynamics, try asking your team to fill out an appraisal. It can be hard to accept the honest truth, but try not to get defensive – it helps your coaching ability in the long run.

Improving your team dynamics can take time, but trust us – it’s worth putting in the effort now! Pick one point to work on at your next training session and go from there. Keep it up, and you’ll enjoy coaching an increasingly cohesive team more and more each week.

The structure of a team, whether it’s in sports or in the workplace, has a big impact on motivation levels too, among leadership, dynamics and rewards.

As a coach, it’s a good idea to challenge your players every now and again in different areas, but for the most part, you should structure your team to suit the nature of your players.

For example, let’s say you have a player that is a strong attacker but is relatively passive. If you keep putting them in a defensive position, it is more than likely that they’ll lose motivation. Why? Because they’re naturally not aggressive enough to be good a good defender. And, if they don’t see enough improvement or just do not enjoy playing that position, they will lose motivation pretty quickly.

Challenge your players in trainings every once in a while, but leave the frustration of playing poorly in games to something that the players can control. Give your players, employees or athletes their best chances of succeeding and you’ll see their motivation grow.

Your leadership makes a huge impact on your team

Do you see a pattern here? All these factors of motivation relate to your leadership. It’s how you communicate with, reward and structure your team to ensure you can get the most out of them.

So, take the time now to reflect on your leadership, reward system, team dynamics and team structure. Make changes where needed, whether big or small, and you’re sure to increase your players’ motivation and success. You’ll wonder why you didn’t do it sooner!

Keep up the good work. 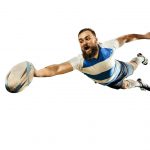 The most undervalued sporting attribute?Coach 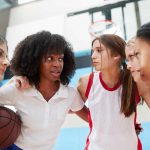 Being precise with your coaching languageCoach
This website uses cookies to help the website function, help us to understand how you interact with it, and provide the most relevant experience by remembering your preferences and repeat visits. By clicking “Accept”, you consent to the use of all cookies. You can manage cookies via the Cookie Settings.
REJECT ACCEPT
Manage consent